This is an easy to use no-cost tennis ball recycling solution with a number of benefits for approved facilities. You’ll receive a comprehensive program your players will love.

Get Your Recycle Bins

Anyone: Get Instant labels

Have 100+ tennis balls to recycle? Box them up and ship them to us with a profitable tax deduction benefit. We provide instant free shipping labels!

Join Us! Our fast-growing national network of 2000+ recycling partners is driving a mission to recycle and reuse all tennis balls.

This quick, fun video (2019) will tell you almost everything you want to know about our collection, recycling, and repurposing solutions.

A 30-second video that we use for social media. Over 300 million non-decomposable tennis balls are trashed like this every year, worldwide. 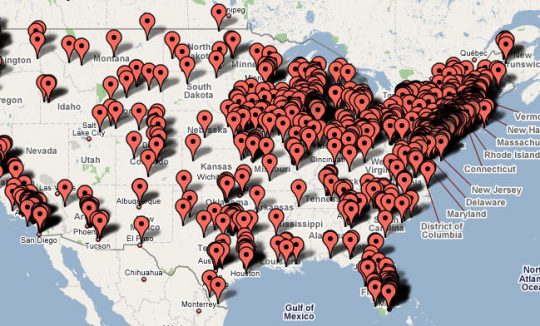 Our amazing partner network is what defines RecycleBalls. This group has grown to 1500 partners in almost every... Read More
Learn More 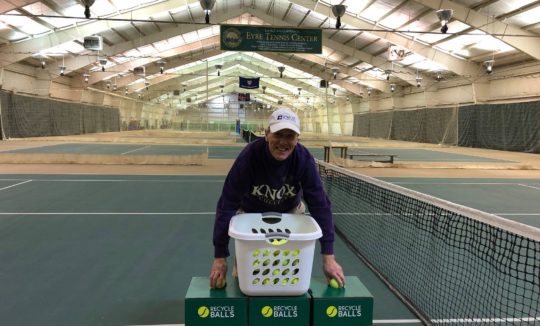 Maharishi University of Management has long history of championing healthy and sustainable lifestyles on its campus, and their... Read More
Learn More 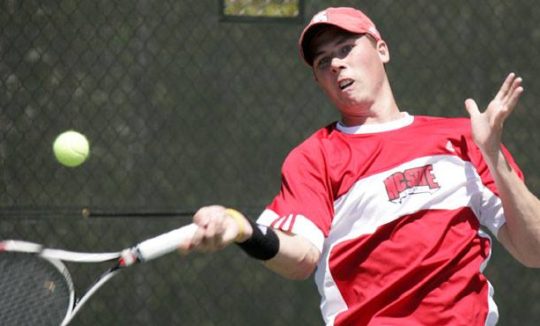 Jay Weinacker and The Country Club of Birmingham

“We throw away thousands of balls each year, and I was tired of being wasteful.” That’s when Jay... Read More
Learn More 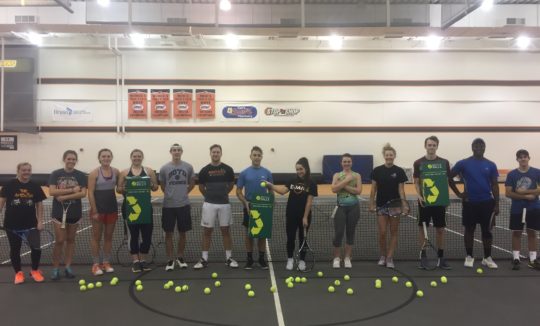 Seth Harris is in his second year coaching Men’s and Women’s Tennis at Doane University, which plays in... Read More
Learn More

Our Key Sponsor and Partner

Wilson Sporting Goods Co., has partnered with us to pioneer an effort to collect/recycle/reuse 20 million tennis balls in the U.S. over the next three years.

RecycleBalls could not be more grateful that an organization such as Wilson has embraced the environmental foresight to embark on such a green goal with us. The continued growth of RecyleBalls has been made possible only by the generous contribution of time talent and treasure by the fine folks at Wilson. 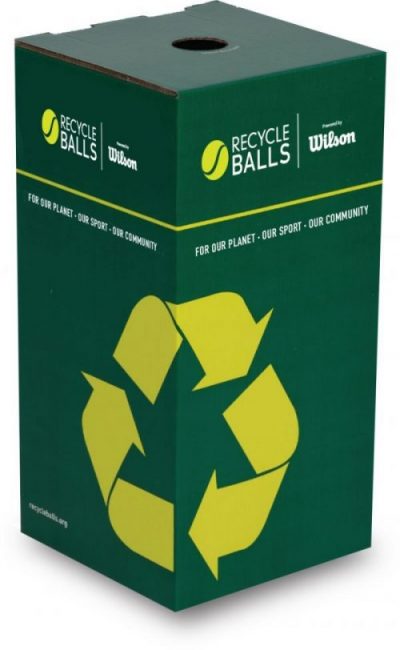 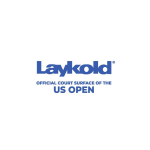 Laykold is the number one choice of premier tennis facilities across the world and sets the standard in performance with... Read More
Learn More 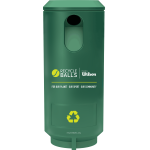 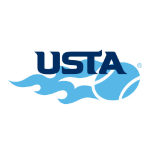 The United States Tennis Association (USTA) is the national governing body for the sport of tennis and the recognized leader... Read More
Learn More